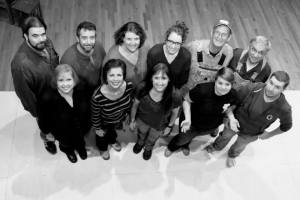 Hello all!  It has been a while, but I have returned.  My latest endeavor, my first attempt at acting, is now in the history books.  Ardmore Little Theatre’s premiere production of Secrets of the Buttermilk Hotel ended its run yesterday with a matinee performance at 2:30.  Sigh.  Now what?

I really enjoyed it though.  From the first read-through to the end of set-strike, I have had a great experience.  Meeting new people is always great, and there were several I didn’t know on this production.  AND… nights on end spent hanging out with the people I already know and love = always a plus.  🙂

A couple of nights ago, we were hanging out after the show, and some of the group were already talking about the next production, which is Young Frankenstein, and for which auditions don’t take place until the first week of January. I expressed my feeling that I wasn’t sure I had it in me to audition again.  I have done one musical and one play, and it took just about all I had to get up there and audition on those two occasions.  At that moment, talking about it the other night, I just couldn’t picture having the guts to get up there another time.  BUT.  (There’s always a BUT) Last night when I got home from set-strike, I was still covered with sawdust and I was already sitting there wondering what song I might use if I DID audition.  So yeah, definitely hooked, I’m afraid.

But for the time being, I am just happy and content to have had such a successful and enjoyable time in my first play.  Here are some pics of the cast and the set. 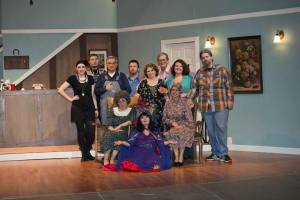 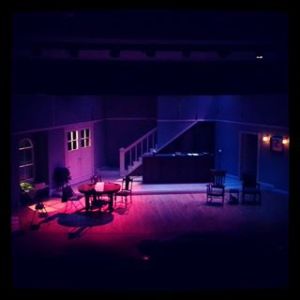 Stage creation at its best! 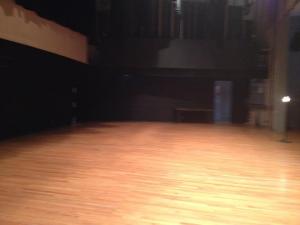 Just to demonstrate how quickly the changeover happens- 24 hours after the show ends, the stage is clean and bare  again.

The hardest part was not cracking up when the audience would laugh.  When we were doing something that we knew was funny, and was absolutely intended to draw laughs, I always had a hard time keeping a straight face.  But I think the absolute best moment, when there was just ZERO chance of maintaining composure and staying in character… I swear, it was just like the Carol Burnett show,  we had a sound glitch, and a recorded clip of a character pretending to speak into a microphone was played as the longer version instead of the shorter version we were expecting!  It just went on and on, and as we cracked up, the audience caught on that it was not supposed to be happening that way and that we couldn’t NOT laugh, they laughed with us and absolutely roared! It was great!  I guess I can put that on the list of things I still have to learn:  how not to crack up when our efforts are doing what they’re supposed to do- getting laughs!

Anyway.  I had a great time, I love this place, I love these people, and I can’t wait to work on the next one! 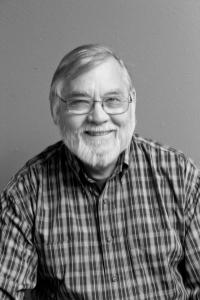 Our fearless leader, our beloved director and friend, Carl Clark, of the Moonlight Writers. 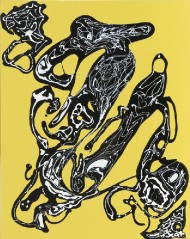 My favorite piece of art by one of my talented new theater friends!

Hello all.  Have you ever been at a point in life where everything just seems to be right?  I am there.  I am just so in love with my life right now!  It’s actually pretty scary.  If you’re a regular reader, you all know I auditioned for community theater, was cast in the chorus of Les Miserables, and proceeded to have the most amazing, life-changing summer I have ever had.  I met some incredible, talented, fun, beautiful people, fell in love a time or two, learned about myself, and discovered a new passion.  But honestly, that’s just the beginning!

I also recently saw a billboard that may turn out to be life-changing as well.  It was a call for volunteers to attend a workshop to learn to be literacy tutors and ESL teachers.  I was immediately intrigued, but I didn’t get the number down the first time I saw the ad; I had to wait a few days until the next time I passed the billboard at the right time, but finally I got the number and called.  I have always been intrigued by the possibility of teaching ESL (English as a Second Language) overseas.  I used to work in a shipping/postal store, and we served a lot of customers who were ESL teachers overseas, coming in to ship things to their foreign addresses when they were getting ready to go back over.  I always tried to get as much information from them as I could, and frequently in fact, talked their ears off!  (It was the same with anybody who had anything to do with Alaska!  And Lord help them if they knew about both!)

So this workshop is coming up on August 10th, and it is just the first step in what could become a new direction in my life.  But in addition to that, there is the oft-mentioned The Blathering, a blogging meet-up I am attending in Charleston the first week in October.  I will be rooming with some incredible writers and meeting even more, and I couldn’t be more excited about that.  I’ve never been to Charleston before, but have always wanted to, and my roommates and I are already planning to take plantation tours, ghost tours, and all kinds of super fun stuff.  Who wouldn’t be excited about that?!

And if all goes well, the trip to Charleston will occur in the middle of rehearsals for the next community theater play, a new production called The Secrets of the Buttermilk Hotel.  I plan to audition in late September, and several of the Les Mis cast are already getting excited about potentially being in Buttermilk together.  I have to say, the newfound camaraderie with the Les Mis cast is absolutely one of the most fun things about life right now.  We are always goofing around on Facebook, posting pictures of our shenanigans, making plans to do more projects together, and plotting our reunions!  I just literally could never have imagined how much the decision to be brave and audition for a community theater summer musical could change my existence.  And the amazing thing is, I’m not the only one!  There were many others in the cast for whom this summer was a transformative, life-changing experience.  It has also opened doors with regard to my writing.  One of the cast (who, incidentally, co-wrote and will be directing Buttermilk) asked me to adapt some of my entries from the blog here into an article about being a theater newbie who overcame fear and insecurity to try something new and benefitted hugely from it.

Thankfully, all the good things are not just about me.  We have found a new school that has already made a huge difference in the life of my son, who up to this point has hated school with a passion and struggled mightily, even though he is bright and inquisitive.  He attended their summer program and made a great deal of encouraging progress.  He starts in a couple of weeks and is actually looking forward to it, which is a miracle!

The sad part (you had to know there would be one) is that when life is this good, I often have to fight a tendency to be afraid, to wonder what hideous bad thing is going to happen that will ruin all of this for me, or at least put a serious damper on it.  I don’t like that about myself, but that is just how I seem to operate.  But it gives me a good opportunity to work on strengthening my faith, to remind myself that I can get through all things with God’s help.  In life, like in theater, Attitude is Everything!  Every night of the show, we had a motto from our director; it was Latin, and loosely translated, meant “We Dare to Be Great!”  All we have to do is keep that in the forefront of our minds and keep plowing forward, enjoying the moment and having faith that there is nothing that can’t be overcome.

Some of these thoughts may make sense. But don't count on it.

Welcome to my laboratory: five kids on a farm

Crazy with a side of Awesome Sauce

musings of a madwoman

a life in progress

Translations of Poetry from Galician and Spanish into English